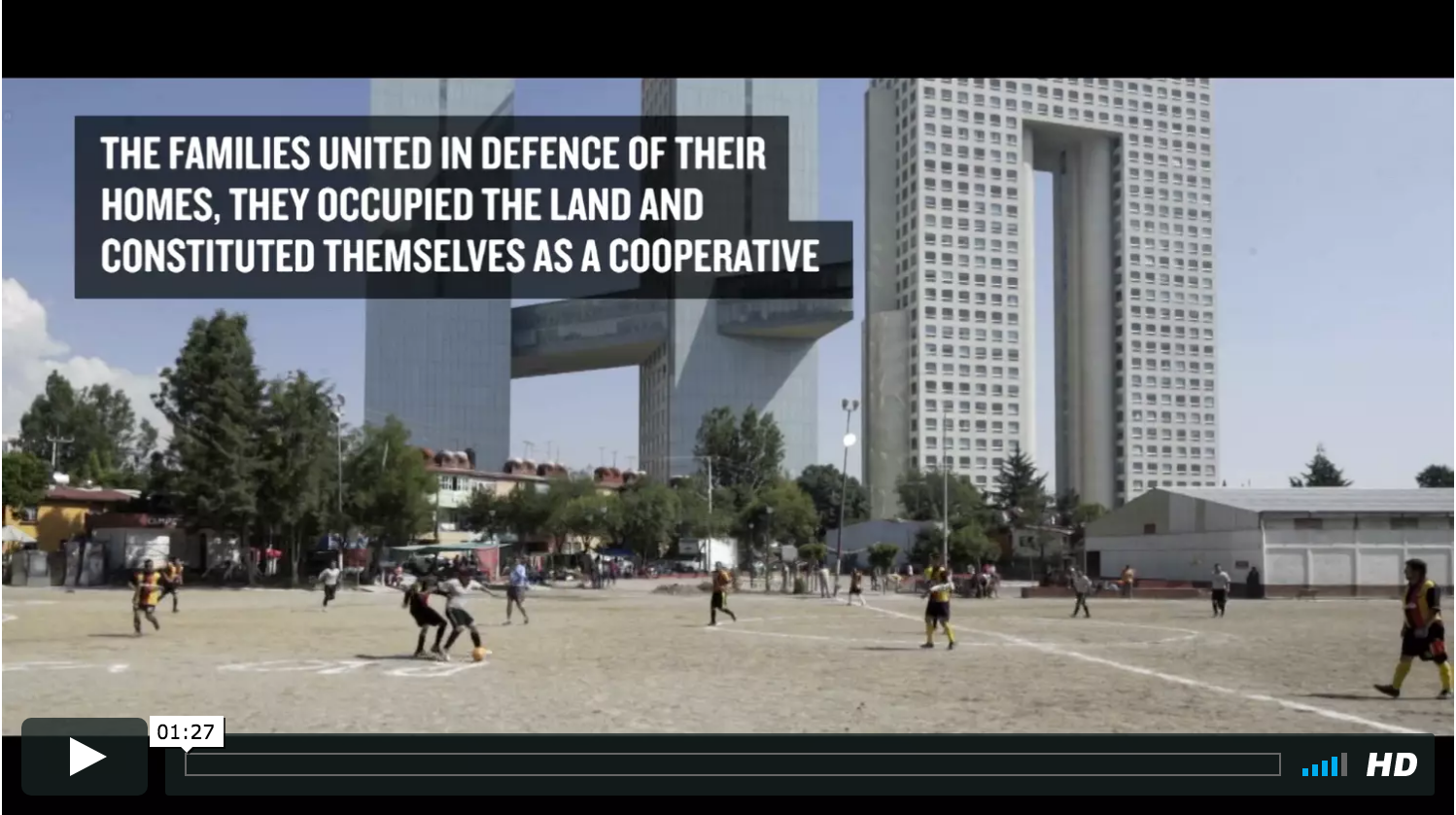 This past weekend, the 44th anniversary of the " Toma de la Tierra" or " taking of the land", as it is translated verbatum, was celebrated in the neighborhood of Palo Alto, in Mexico City.  Migrants from Michoacan state arrived in the 1940s to work as mine workers in the land they currently inhabit, living in slums at the edge of their working site. In the 1970s with land speculation and the development of the now financial and commercial area of Mexico City, Santa Fe, they were "invited" to leave their homes and work. They resisted eviction and set up a cooperative in which the land is communal and there is only one property deed. Leading the way are the women who decided to fight against speculators, politicians and even their husbands to build their houses. They managed to do even more, they were able to build community. Thanks to them the Palo Alto Cooperative keeps on building a new horizon.

Palo Alto is one of the most vibrant and current examples of community resistance in Latin America. For over 44 years a battle has been fought to secure this enclave and unfortunatelly they face new challenges with a new housing development that can jeopardize their safety. This video was created with journalist Virginia Negro.  Check out the 1 minute video to learn more about Palo Alto :HERE